Menu
Log in
Register
Install the app
You are using an out of date browser. It may not display this or other websites correctly.
You should upgrade or use an alternative browser.

I haven't been able to get out in a while, and it'll be a bit before my Courier is trail ready, so in the meantime I've been looking at off road simulator games. Years back I had the Cabela's Off Road Adventure series. The first two were a bit lame, the third was quite promising but kept glitching and locking up on a particular point.
I was wandering around seeing what's available, and this one coming out at the end of the month looks interesting: 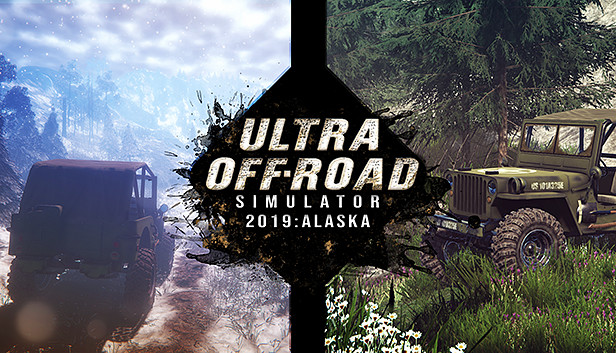 ‘Ultra Off-Road’ is an Indie simulator of off-road driving in the land of Alaska.

store.steampowered.com
Does anyone have a PC based simulator that they like to use?
4

So I haven't gotten this game yet. My computer's specs are a bit on the low side for it, it was moderately ok when I got it four years ago but now is on the low end. The game has been released at $15 though, so it's still on the list.
I did stumble across a game I used to play quite some time ago while unpacking some boxes (the joy of moving a lot in the last ten years). Cabela's Off Road Adventure 3. I actually have the whole series but 3 is quite a bit more advanced than the others, at least it was in 2003. It's doing more to remind me of what I can't do right now, but is still a fun distraction.
I was quite surprised that it loaded right up on a Win 10 machine, and is playable without being glitchy. From what I remember of playing it before, it's actually better on this setup. Now I just need to find a USB joystick.

I am the Brute squad

Try looking at SpinTires and another called MudRunners. They are really the same game. SpinTires was developed by a guy who got screwed by the main company after making SpinTires. So he rewrote it and produced MudRunners. There is a pretty good mod community for the games giving it more maps and vehicles as well.
You must log in or register to reply here.
Share:
Facebook Twitter Reddit Pinterest Email Share Link
Top